Virtual Tour of City of David/Silwan

Virtual Tour of City of David/Silwan

Founder and CEO of
Emek Shaveh

Find out more about Emek Shaveh, https://emekshaveh.org/en/an Israeli NGO working to defend cultural heritage rights and to protect ancient sites as public assets that belong to members of all communities, faiths and peoples.

If you had questions that didn’t get answered, contact [email protected] 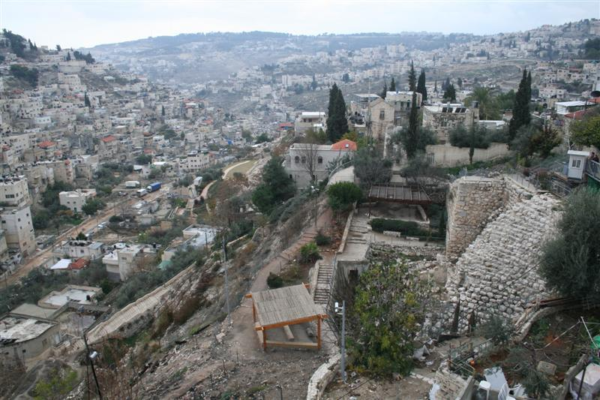 Archaeology has become a political tool in the Israeli-Palestinian conflict. Emek Shaveh is an Israeli NGO working against this trend and to ensure heritage sites are used to build bridges between the two peoples rather than deepen divisions.

In this video tour, Yonathan guides us through the City of David National Park, situated in the East Jerusalem neighbourhood of Silwan. We learn what archaeological remains can tell us about the history of Jerusalem, the social and political consequences of the park for the Palestinians living in and around it, its impact on public perceptions of Jerusalem’s past, present and future, and its implications for the two-state solution.
The tour will be preceded by a short introduction to the geopolitics of East Jerusalem and the Old City Basin and followed by a Q & A with the audience.

Yonathan Mizrachi holds an MA in archaeology from the Hebrew University. He has worked as an archaeologist with the Israel Antiquities Authority in East and West Jerusalem and participated in excavations in the area. In 2006, he published People of the Wall, a book about his experiences as an archaeological supervisor along the route of Jerusalem’s separation barrier. In 2009, he founded Emek Shaveh and has served as its executive director ever since.