Amid Pandemic and Economic Crisis, Israel to Advance at Least 4,430 Settlement Units

Amid Pandemic and Economic Crisis, Israel to Advance at Least 4,430 Settlement Units 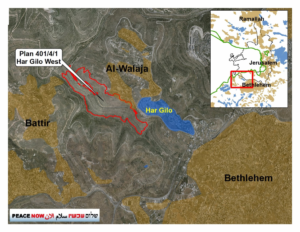 Peace Now reports that the Higher Planning Council (HPC) of the Civil Administration will convene on Oct. 14 and 15 in order to advance at least 4,430 settlement units in the West Bank. This would be the first such hearing in eight months, and follows instructions by Prime Minister Netanyahu to approve 5,400 units. If the approvals go ahead, it would make 2020 the highest year on record in settlement units promoted since 2012.

Not all of the information has been published, therefore, more housing units may be added to the docket by next week. All plans to be advanced must receive the signature of the Minister of Defense and Alternative Prime Minister Benny Gantz.

According to Peace Now data, key features of the initiative include:

Peace Now is calling on Benny Gantz to veto these plans. If he does not, it will demonstrate that he is “bowing to the ‘Greater Israel’ settlement agenda that would bring about a permanent undemocratic one-state reality.”

Peace Now: “While Israel reels from its second lockdown and economic distress, Netanyahu is promoting construction in isolated settlements that Israel will have to evacuate. Instead of taking advantage of the agreements with the Gulf states and promoting peace with the Palestinians, he is distorting Israel’s priorities and catering to a fringe minority for these settlement unit approvals that will continue to harm future prospects for peace….Far from a ‘settlement freeze,’ the right has been complaining about, the expected settlement approvals announcement next week prove that the settlement enterprise under Netanyahu is moving ahead at full steam.”

In other Peace Now news

For those who missed it, watch the scathing new BBC expose (extensively relying on Peace Now), revealing that Russian oligarch Roman Abramovich provided $100 million to the settler organization Elad for its settlement (and Palestinian removal) projects in Jerusalem. https://www.bbc.com/news/av/world-middle-east-54237970