About the new government some useful viewing.

About the new government some useful viewing. 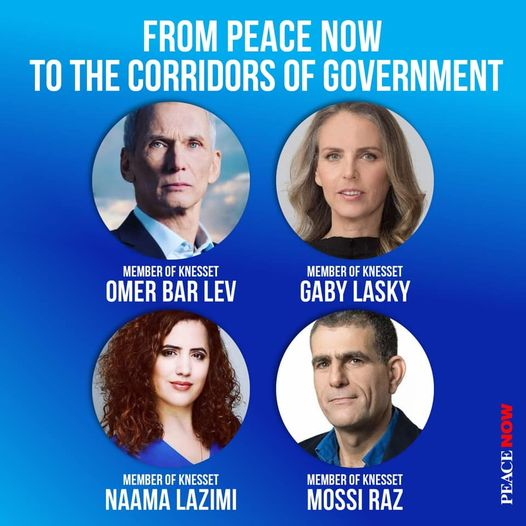 Four of the MKs in the new coalition government, led by Naftali Bennett and Yair Lapid, have ties to Peace Now/Shalom Achshav.

There are other progressive MKs who share Peace Now values in this new government, along with a good number that stand significantly to the right of the movement, starting with the current Prime Minister, Naftali Bennett. In short, it will be a government that presents challenges but could also offer opportunities for peace activists.

What can the peace camp realistically expect of this new government?

Does the current make-up of the ruling coalition – doves, hawks, and everything in between – necessarily mean stasis on the Israeli-Palestinian issue? Might there be room for progress?

Learn more on this subject and related questions through a webinar with Mossi Raz, MK.

This webinar is organized by Americans for Peace Now

Welcome! You are invited to join a webinar: New Government; New Opportunities? Webinar with MK Mossi Raz. After registering, you will receive a confirmation email about joining the webinar.

Everything You Need to Know About Sheikh Jarrah

The East Jerusalem neighbourhood of Sheikh Jarrah has been much in the news lately, as a result of the explosion of violence between Israelis and Palestinians this past May. The pending evictions of Palestinian residents from their Sheikh Jarrah homes was one of the sparks that led to the violence and continues to fuel simmering tensions that may blow up again any time.

Peace Now’s Settlement Watch co-director, Hagit Ofran, explains the complex Sheikh Jarrah story, and the related story of Silwan, in a webinar which was held on June 20, recorded for future viewing and was posted to Peace Now’s Facebook page.

In this video, Hagit gives the background to the long-running attempts by settler organizations to displace Palestinians in East Jerusalem. She explains the legal and political context. She speaks about who has been involved in the struggle to prevent the evictions and what supporters from abroad can do to help. It’s an invaluable primer on one of the key current hot-button issues of the Israeli-Palestinian conflict.

And here’s the 30-second primer: 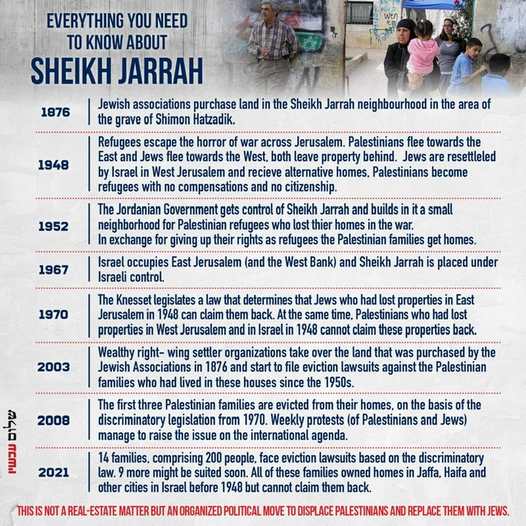